In 2023, Looking ahead, we explore the most important trends and developments related to labour and employment law in Canada.

One of the most critical developments over the next year will be the strengthening of Canadian privacy laws. In June 2022, two major privacy bills were introduced in Canada’s House of Commons: An Act respecting cyber security, amending the Telecommunications Act and making consequential amendments to other Acts (“Bill C-26”) and the Digital Charter Implementation Act, 2022 (“Bill C-27”). If proclaimed into law, the bills would cause sweeping changes to Canada’s privacy legislation, especially those regulating the private sector.

Bill C-26 proposes to enact a new Critical Cyber Systems Protect Act, which would create a framework to protect critical cyber systems that are vital to national security or public safety. Organizations who own, control, or operate critical cyber systems would have specific duties to identify, manage, and protect risks to their systems. These duties would include obligations to implement cyber security programs, mitigate risks to supply chains and third parties, and report cyber security incidents.

The changes proposed by Bill-C27 are even more significant. Bill C-27 would repeal Canada’s existing federal privacy statute, the Personal Information Protection and Electronic Documents Act, and replace it with legislation governing the collection, use, and disclosure of personal information for commercial activities in Canada. New privacy rules would be imposed on private sector organizations, including the implementation of a privacy management program. An administrative tribunal and administrative monetary penalty regime would be created to address matters arising from the new privacy legislation. In addition, Bill C-27 would enact legislation to regulate cross-border trade and commerce relating to artificial intelligence systems.

In light of the recent rise in cyber threats worldwide, we anticipate both bills to be passed within the next year. In the meantime, employers should remain vigilant about adhering to cyber security best practices and related privacy laws.

On June 23, 2022, the Parliament of Canada announced amendments to the Competition Act with an aim to modernize existing competition laws and create protections for workers and consumers.

Employers will be most concerned about a new criminal provision under the Competition Act, which will come into effect on June 23, 2023. The provision prohibits employers from agreeing to fix, maintain, decrease, or control wages or other employment conditions, or to refrain from soliciting or hiring each other’s employees.

Employers should review their practices before the compliance deadline to ensure that they do not have any wage-fixing agreements or non-solicitation agreements with unaffiliated entities. Any violation of the new prohibition may result in penalties of up to 14 years’ imprisonment and/or a fine set at the discretion of the court.

Employers should anticipate the possibility of further increases to minimum wage rates across Canada over the next year. The 2022 increases were enacted in response to the global economic downturn caused by the COVID-19 pandemic, which has left Canadians facing rising cost of living and high inflation rates. It is reasonable to expect that another wave of minimum wage increases will be implemented if current economic pressures continue.

Although the economy began to return to its pre-pandemic levels in 2022, employers continued to face labour market shortages. This obstacle, combined with the rise of remote work arrangements, resulted in many employers looking beyond local borders when recruiting talent. In reaction to these developments, federal and provincial/territorial governments took measures to facilitate the entry of foreign-trained workers into the Canadian job market.

The Government of Canada also facilitated the entry of foreign workers into Quebec through the implementation of the Temporary Foreign Worker Program Quebec Pilot Project. Through this initiative, Quebec employers are able to hire intermediate-skilled foreign workers pursuant to an expedited, simplified process. In addition to the faster processing of foreign worker applications, the Government of Canada will issue work permits to foreign nationals who are selected for permanent residence in Quebec.

Analogous measures were implemented at the provincial and territorial level. For instance, the Government of Ontario and Saskatchewan enacted legislation to reduce barriers to accreditation for foreign workers in regulated occupations or skilled trades. In addition, the Ontario Government passed new laws to prohibit health professions colleges from requiring Canadian work experience as a qualification for professional registration.

As Canada’s labour market continues to recover from the COVID-19 pandemic, the federal and provincial/territorial governments are likely to continue their efforts in connecting employers with foreign talent.

Over the last year, labour arbitrators issued a stream of awards relating to the reasonableness of workplace policies that mandated vaccination against COVID-19. The preponderance of these awards supported the implementation of mandatory vaccination policies, especially in workplaces facing a greater risk of COVID-19 transmission, so long as the policies were in accordance with the duty to accommodate under human rights law.

Some labour arbitrators also found that an employer could reasonably discipline or dismiss a unionized employee for non-compliance with a mandatory vaccination policy. This finding was more likely to arise if employees received prior warning of the possibility of discipline/dismissal and if the discipline/dismissal was effected in a manner consistent with collective agreement requirements and human rights law.

Canadian courts have yet to rule on the issue of whether and when a non-unionized employee’s non-compliance with a mandatory vaccination policy amounts to just cause for dismissal. It is anticipated that this issue will be litigated before the courts in the near future. Prudent employers will want to monitor how this issue unfolds and how the courts will decide different cases.

Similarly, Canadian adjudicators have yet to rule on the scope of an employer’s duty to provide religious accommodation in relation to a mandatory vaccination policy. Employers should watch for how this issue is handled by Canada’s courts, human rights tribunals, and labour arbitrators as the case law develops over 2023.

In 2021, a decision of the Supreme Court of Canada significantly changed how the human rights complaints of unionized workers are adjudicated in Canada. It had long been recognized that labour arbitrators and human rights tribunals had concurrent jurisdiction with respect to unionized workers’ complaints of human rights violations in the workplace. Accordingly, a unionized employee could historically elect to process such a complaint before the human rights tribunal in their province/territory or through the grievance procedure contained in the applicable collective agreement. However, in Northern Region Health Authority v. Horrocks, 2021 SCC 42 (“Horrocks”), the Supreme Court found that, under Manitoba’s legislation, labour arbitrators have exclusive jurisdiction to decide the human rights allegations raised by unionized workers in Manitoba’s provincially regulated workplaces.

Since the decision’s release, some have suggested that Horrocks effectively ousts the jurisdiction of human rights tribunals in favour of labour arbitrators. Employers can expect this issue to be vigorously litigated before Canadian adjudicators in 2023. Indeed, such litigation has already arisen in Ontario and, in Weilgosh v. London District Catholic School Board, 2022 HRTO 1194, the Human Rights Tribunal of Ontario found that the Ontario Human Rights Codeestablishes concurrent jurisdiction between labour arbitrators and the Tribunal over the human rights complaints of provincially regulated, unionized workers.

The COVID-19 pandemic continues to evolve, as does the way Canadians work. After nearly two years of remote and hybrid work arrangements, many employers were eager to have employees return to the workplace and began to phase out remote work arrangements. We expect that employers will continue to recall workers to the workplace in 2023 and, as a result, will need to grapple with a number of new challenges.

One such challenge involves managing employees who now have an increased desire in remote, flexible, or hybrid work arrangements. In 2023, employers will likely face an increased number of requests for such arrangements from employees. We also expect to see employers implementing policies and employment contracts that formalize these types of arrangements.

From a human rights perspective, we expect that accommodation issues related to pandemic risks will continue throughout 2023. Notably, human rights tribunals and adjudicators in Canada have largely confirmed that complaints of discrimination related to mandatory masking by-laws or policies will not be entertained unless they are objectively linked to a protected ground. Employers can expect that this case law will continue to develop in 2023.

In 2022, many employees who had been laid off or placed on a leave as a result of the COVID-19 pandemic were recalled to work. When recalled, some Ontario employees who had been placed on statutory Infectious Disease Emergency Leave during the pandemic asserted that they had been constructively dismissed. Ontario’s courts have yet to confirm whether Infectious Disease Emergency Leave displaces the common law right to commence a claim for constructive dismissal, but a ruling on this issue may arise in 2023.

Employers continue to experience an influx of internal complaints requiring investigation. 2022 saw a particular increase in complaints of workplace harassment and discrimination, which likely stemmed from COVID-19 related issues including masking policies and vaccination mandates. We expect that this trend will continue in 2023.

Across Canada, workplace harassment and discrimination is prohibited. Employers are legally required to investigate complaints of discrimination and harassment, regardless of whether a formal complaint is made. Depending on the circumstances and jurisdiction, employers may also be subject to specific requirements for conducting and concluding an investigation, including duties related to confidentiality, the communication of investigative results, and any corrective action.

Adjudicators have taken an increasingly critical approach to scrutinizing employer investigations. Employers may incur significant liability if they fail to discharge their investigative obligations or conduct an investigation that is delayed, biased, unfair, or otherwise unreasonable.

There is an increasing demand for new corporate policies and initiatives to promote equity, diversity, and inclusion (“EDI”) in Canadian workplaces. Employers should expect this trend to grow further as social movements continue to push for the promotion of underrepresented groups.

One particular area in which we expect to see legal development is EDI-related data collection. The collection of demographic data is often seen as a useful tool for achieving strategic organizational goals in respect of EDI. However, given that many categories of personal characteristics are protected under human rights legislation, challenges may arise regarding how an employee’s personal information can be used by an employer. Similarly, the collection, use, and disclosure of demographic data may trigger obligations under federal and provincial privacy laws — especially for global companies that may be transferring employee data across borders. It is likely that Canadian law-makers and adjudicators will address these and other issues over the coming year. 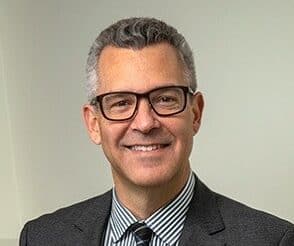 Partner
Filion Wakely Thorup Angeletti
Robert Bayne has been a partner of the firm since 1996. Rob advises employers on all aspects of labour and employment law. Rob provides services to a broad range of private sector companies including those in retail, hospitality, manufacturing, logistics and publishing. Rob received his Bachelor of Commerce from Dalhousie University in 1985. He then […]