Jackson Lewis has over 60 offices throughout the USA. For information, please see www.jacksonlewis.com. 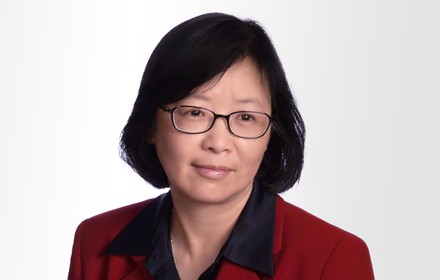 Minnie Fu is a principal in the Washington, D.C. Region office of Jackson Lewis P.C. and co-leader of the International Employment practice group. Her practice focuses on assisting employers in obtaining employment-related visas and advising employers on compliance with U.S. immigration laws and regulations.

Minnie has 30 years of experience in employment-based immigration matters, including nonimmigrant and immigrant visa matters, developing corporate immigration policies and procedures for best practices, and strategic corporate planning for international personnel employment by evaluating the impact of mergers, acquisitions, and reorganizations on corporate compliance with U.S. immigration law.

Minnie is an author of several published U.S. immigration law articles in Asia law journals and newsletters focusing on visa options for major U.S. investments. She has been a featured speaker at various immigration law seminars with an emphasis on corporate immigration issues and has published articles in various professional journals.

Minnie is a native speaker of Chinese (Mandarin and Taiwanese) and is fluent in English.

Principal and Co-Practice Leader of the International Employment Practice Group

John L. Sander is a principal in the New York City, New York, office of Jackson Lewis P.C. He is co-leader of the International Employment practice group, and leader of L&E Global, the international alliance of employers’ counsel. His practice focuses on cross-border labor and employment matters for our multinational clients. He is also adjunct professor of Law in Global Labour and Employment Law at Cornell Law School.

Before joining the firm, John served in senior in-house roles for more than 16 years at Merck & Co., Inc. and its predecessor, Schering-Plough Corporation. At Merck, he was vice president and associate general counsel, leading the team responsible for labour and employment law matters outside the U.S. Before the merger of Merck and Schering-Plough, he was vice president and associate general counsel at Schering-Plough, where he managed the employment law group, responsible for labor, employment, and immigration counseling and litigation within the U.S. and globally. At Schering-Plough, John also at various times served as head of commercial litigation (responsible for product liability, Lanham Act, a wide variety of general commercial litigation and international arbitrations) and as general counsel to the consumer healthcare and generic divisions of the company, as well as managed the compliance and corporate security functions within the law department. Before joining the Schering-Plough law department, he was a litigator at Cahill, Gordon & Reindel and Paul, Hastings, Janofsky & Walker.

While attending law school, John served as article editor of the Cornell Law Review. After law school, he clerked for the Hon. Joseph L. Tauro of the U.S. District Court for Massachusetts

John is a frequent speaker and panelist at seminars sponsored by the Practising Law Institute, Association of Corporate Counsel, International Bar Association, Association of the Federal Bar of the State of New Jersey, American Conference Institute, New Jersey Corporate Counsel Association and others on a variety of topics including international arbitration, employment law, product liability, consumer fraud claims, class actions, protection of trade secrets, e-discovery, and conduct of internal investigations. He is an author of and contributor to numerous articles and publications on cross-border employment law.

Everything you need to know about employment law in USA

COVID-19: Back To Work in the United States

Questions? Get in touch with our experts in USA