Belgium has not escaped the global and long-standing debate on the social status and protection of platform workers. Belgian case law and the Labour Relations Commission (Administrative Commission for the Regulation of Labour Relations) have so far played the leading role regarding the qualification of the employment relationship between platform workers and the digital platform, but no unambiguous interpretation has emerged from this, so the discussion continues. Following the European Commission’s proposed Directive of late 2021 and perhaps further hastened in this regard by the ruling of the Brussels French-speaking labour tribunal of 8 December 2021 (which qualified Deliveroo riders as self-employed workers), the Labour Deal Act contains a Chapter 4 that introduces two measures to improve the protection of platform workers. The first measure introduces a rebuttable legal presumption that platform workers are bound by an employment contract if certain criteria are met. A second measure requires digital work platforms to offer work accident insurance to self-employed platform workers.

The first section of Chapter 4 makes some changes to the labour relations law, notably by introducing a new Chapter entitled “Presumption regarding the nature of the employment relationship for digital commissioning platforms”. The main novelties are in a new Article 337/3 Labour Relation Act.

This first defines some key terms, in particular “digital platform client”, the “platform worker” and the “platform operator”. These definitions immediately delineate the scope of application. A digital platform principal is “the provider of a for profit service that, by means of an algorithm or any other equivalent method or technology, is able to exercise a decision-making or controlling power with regard to the manner in which performance is to be realised and with regard to labour or pay conditions, and that provides a paid service that meets all the following requirements: a) it is provided, at least in part, remotely via electronic means, such as a website or a mobile application; b) it is provided at the request of a recipient of the service“. This does not cover platforms whose main purpose is to exploit assets or resell shared goods or services or that provide a service on a non-profit basis. Digital platforms such as Airbnb will therefore not be covered.

The “platform worker” is then “any person performing platform work through a digital platform principal, regardless of the nature of the contractual relationship or its qualification by the parties involved.” And the platform operator refers to “the natural or legal person who, directly or through an intermediary, operates the digital platform principal.”  In particular, it is the operator who will be able to take actions that may indicate the existence of an employment contract and thus qualification as an employee for the platform worker. The above terms and definitions are not quite the same as those used in the European Commission’s proposed EU directive although they are inspired by it.[3] One may ask why they have not adopted these European definitions, although they are not yet final. Moreover, it is bizarre that the definition of digital platform principal already itself refers to the platform’s decision-making or controlling power over how performance is carried out, whereas this is precisely what the criteria are supposed to examine.

Second, the labour deal introduces a special rebuttable legal presumption of the existence of an employment contract for the platform economy in Article 337/3, §2 Labour Relations Act. The aim of this is to create more legal certainty for platform workers and platforms and thus to provide more clarity in the discussion on the nature of their employment relationships, without wanting to ensure an overly rigid demarcation. After all, it should remain possible to perform services for a platform as a genuine self-employed person.

For the digital platform principal, until proven otherwise, employment relationships are presumed to have been carried out under an employment contract if the analysis of the employment relationship shows that at least three of the eight included criteria or two of the last five criteria are met. In particular, the last five criteria correspond to the criteria of the legal presumption proposed by the European Commission.  With a view to a future transposition of the potential directive, these criteria were largely “copy-pasted” into the labour deal and three more Belgo-Belgian criteria were added. Below, we discuss the eight criteria.

The three Belgo-Belgian criteria are:

The five European criteria are:

As noted, several of these criteria are quite similar to, or are specific elaborations of, the four general criteria to determine the employment relationship (Art. 333, §1 Labour Relation Act). Nevertheless, this is a rebuttable presumption that applies until proven otherwise (by all means) and will therefore also be rebuttable using the general criteria themselves. This is reminiscent of the Brussels French-speaking labour tribunal’s ruling on the Deliveroo riders in which the court found that Deliveroo met most of the criteria of the transport sector’s rebuttable presumption but then used the four criteria to rebut the presumption.  Based on that finding, one might cynically ask whether such a rebuttable presumption would then be useful in creating more legal certainty for the parties. It will probably depend on its application by the courts and the Labour Relations Commission.

A final note on the rebuttable presumption is that one has to take into account the use of algorithms. This amounts to the primacy of the actual exercise of the agreement over the legal qualification chosen by the parties.  Thus, it will not be possible to neutralise the application of the criteria by providing specific clauses in an agreement when in practice the platform’s algorithms indicate a different operation. Of course, this is easier said than done. For example, it is unclear what disclosure platforms should provide about the operation of their algorithms. They are often reluctant to do so, as this is usually a trade secret. Even if they were to provide transparent disclosure, it is not obvious for judges or Labour Relation Commission members to properly assess the functioning of the algorithms and they may have to rely on external expertise. In the proposed EU Directive, the European Commission did consider this further and there is a comprehensive information obligation on the operation of algorithms towards platform workers.  However, the Belgian legislator has not gone that far.

This section will come into force on 1 January 2023. Its scope is the same as that of the Labour Relations Act and thus equally concerns the public sector (as far as contractual workers are concerned).

Moreover, Article 581 of the Judicial Code will be amended so that labour tribunals -and courts of appeal will also have jurisdiction to hear disputes concerning this “common law (industrial accident) insurance”. Thus, self-employed platform workers will thus have equal access to the same courts as employees.

The king can extend the coverage to legal aid and, in addition, he should set the minimum guaranteed conditions of the insurances. The protection should be similar to that for workers’ industrial accident insurance. The fact that the government still has some work to do in working out this system has also led to the fact that the effective date of this section will be determined by royal decree. Thus, it could be some time before this system becomes a reality. Especially given that it is hard to imagine that the three short articles in the Labour Deal Act can regulate in sufficient detail a complex fact like a legal accident insurance. 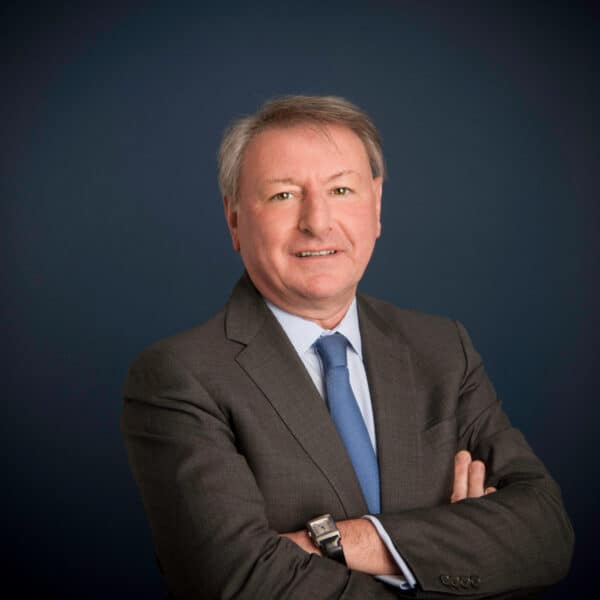