a. Factors that Determine Who is an Employee and Who is an Independent Contractor

“LABOUR RELATIONSHIP. SUBORDINATION IS THE DISTINCTIVE ELEMENT OF THE RE- LATIONSHIP.

Article 20 of the Federal Labour Law provides that a labour relationship must be understood as the rendering of a personal, subordinated service in exchange for a salary. Therefore, a labour relationship has as distinctive element of legal subordination between employer and employee, by virtue of which the first has at any time in the opportunity to direct the work of the latter, who has the correlative obligation of obeying the employer.”

The employer is responsible for the execution of the agreement, which must set out the conditions under which the work is to be performed. The fact that there is no signed employment agreement does not deprive the employee of his or her rights under the law.

In other words, if an individual renders services to another person or business entity in Mexico, and the services are performed while the individual is subordinate to that other person or business entity, then the performance of those services will be considered to be a labour relationship. For purposes of the FLL, a labour relationship can derive from the existence of a labour agreement or subordinate work (even if no labour agreement actually exists or is drafted as a professional services agreement).

The following criterion of the Supreme Court is relevant:

"If the defendant presents an objection in the sense that the relationship with the plaintiff was for provision of professional services, and offers during the labour action an agreement where this is specified, stating that the relationship is governed by the provisions of the Federal District Civil Code, this instrument in itself does not prove that the relationship was of that nature, because you need to study that document together with other evidence to solve this case - i) if during the labour action, elemen-ts of subordination are accredited, for example, the service provider is given orders about where and how his work must be performed, and is given tools which are the property of the company to perform the work; ii) if an ID identifies him as the com-pany’s employee, and he is assigned economic compensation, which even if these are called fees as recorded in the agreement, in reality it is truly the compensation paid for his work. If so, then we must conclude that the real relationship existing between the parties was an employment relationship and not a civil one."

Considering the above, from a practical standpoint, we may say that in an employment relationship the employee must be a natural person, that is, an individual who, by virtue of subordination, must render his services on an exclusive and permanent basis to the employer and be subject to the employer’s command regarding the performance of his activities, including work schedule, place to perform the services, the persons to whom the services will be provided, the time period over which the services are to be provided and the continuity or regularity of the services to be provided. The employee receives a salary in exchange for the work performed.

Thus, we can summarize the differences between a labour relationship and an agreement with an independent contractor as follows:

b. General Differences in Tax Treatment

Employment Tax Obligations
An employee’s salary is subject to income tax (“ISR”, is the acronym in Spanish), and an employer is obligated to withhold and pay this tax on the employee’s behalf.

Social security dues are considered taxes for legal purposes. As in the case of ISR, an employer is responsible for withholding and paying the employee’s dues, as well as for the payment of its own.

Contributions to the National Housing Fund for Workers (“INFONAVIT”, for its acronym in Spanish) are also considered taxes. The employer has to pay 5% of the worker’ salary to this fund.

The employer is also responsible for the payment of local payroll taxes.

Employee’s Benefits
The FLL grants all employees rendering services in Mexico certain fundamental, non-waivable rights. In turn, the employers of such employees have the corresponding statutory obligations to satisfy these rights.

The FLL explicitly sets out that employees are entitled to the following non-waivable fringe benefits:

In addition to the above-described benefits, all employees of a business are entitled to share in 10% of their employer’s pre-tax profits, with the exception of the managing director, administrator or chief executive officer (or the equivalent position, regardless of the title given). The chief executive officer has been interpreted by the labour courts to mean the person who has the highest hierarchical position in the business (article 127, paragraph 1, FLL).

Employers have to register workers in the INFONAVIT, which is a mandatory benefit.

Independent Contractors
Independent contractors are not entitled to any benefit derived from their civil or commercial contract, other than the consideration agreed therein.

d. Differences in Protection from Termination

Employees
Unlike in other countries, where 'employment-at-will' is the general rule, the FLL protects ‘job stability’. An employer in Mexico may only dismiss an employee without liability if there is a cause for the dismissal.

Article 47 of the FLL sets out the specific conduct that constitutes cause for dismissal without liability for the employer, while article 185 of the FLL provides a specific cause for the dismissal of an employee in a management position, specifically when the employer has reasonable grounds for having lost confidence in the employee. An employer must personally notify the Labour Board in writing, at the time that the incident occurs or within 5 business days, of any specific cause for dismissal as well as of the employee’s last registered address, so that the Labour Board can notify the employee in person. If neither is done, the dismissal will be considered unjustified.

The employer’s right to dismiss the employee without liability expires 30 days after the date on which the employer becomes aware of the statutory grounds for the dismissal.

In the case of managerial employees, temporary employees, employees with less than one year's service or domestic employees, if an employer does not have any statutory grounds for dismissal, but nonetheless desires to terminate the employment relationship, the employer must make the following severance payment:

In the event of litigation, if an employer cannot prove that the causes of termination are justified, then the employee may make a request to the Labour Board for reinstatement to his previous job, or a constitutional indemnification equivalent to 3 months of consolidated salary, and all accrued benefits. The Employee will also have the right to receive unpaid salaries, being the salaries he is owed from the date of termination up to a maximum period of 12 months. If after the 12 month period the trial has not ended or the final resolution has not been complied with, the employee will also be entitled to the payment of interest generated, at a rate of 2% over a 15 month salary basis.

Independent Contractors
Termination of a civil or commercial contract is subject to the covenants included therein,
for example an expiration term (or end date), mutual agreement, breach of contract, force majeure, acts of god, etc.

e. Local Limitations on Use of Independent Contractors

f. Other Ramifications of Classification

Subcontracting or seconded employees have an entitlement to legal treatment, to be discussed in the following Section.

The FLL, as per the reforms enacted on December 2012, includes Article 15–A, which increases the regulations on leased and seconded employees under the concept of ‘outsourcing’ with additional strict regulations. Under the FLL, ‘outsourcing’ will be defined as follows: The subcontracting (outsourcing) regime occurs when work is performed or services are rendered by a subcontractor, providing its workers to perform services for a contractor. The services are rendered under the contractor’s control, which sets the tasks for the subcontractor and supervises its services.

This type of work must comply with the following conditions:

If any or all of these conditions are not met, the contractor will be deemed to be the employer for all purposes and effects under the Law, including as it applies to obligations related to social security.

The wording of these regulations is ambiguous. Many of these conditions are difficult to determine and impractical in their application. Furthermore, in practice, the proposed outsourcing regulations have a substantial impact on employers, since many of them have a corporate structure depending on service companies to provide specialized functions. In addition, the cost of business also increases for many business groups that have outsourced their entire workforce through service companies, when considering the company’s profit-sharing obligations for an entire group of workers, in case that the contractor is deemed to be the employer.

h. Regulations of the Different Categories of Contracts

Employee relationships are regulated under the FLL, which is a public interest law, and therefore its basic principles are non-waivable. Its nature is very protective of workers’ rights.

Independent contracts are regulated under the Civil Code or the Commerce Code. These codes are private in nature, as conceived in civil law countries, and consequently the will of the parties shall prevail. The regulations in the codes are of a subsidiary nature. 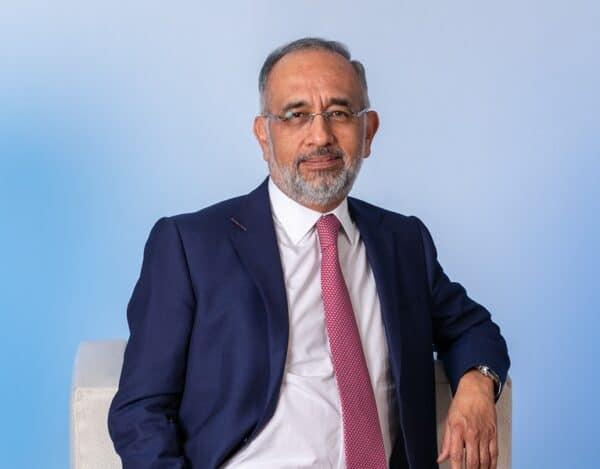